Dubbed “His Accidency” by his detractors, John Tyler was the first Vice President to be elevated to the office of President by the death of his predecessor.

Born in Virginia in 1790, he was raised believing that the Constitution must be strictly construed. He never wavered from this conviction. He attended the College of William and Mary and studied law.

Serving in the House of Representatives from 1816 to 1821, Tyler voted against most nationalist legislation and opposed the Missouri Compromise. After leaving the House he served as Governor of Virginia. As a Senator he reluctantly supported Jackson for President as a choice of evils. Tyler soon joined the states’ rights Southerners in Congress who banded with Henry Clay, Daniel Webster, and their newly formed Whig party opposing President Jackson.

The Whigs nominated Tyler for Vice President in 1840, hoping for support from southern states’-righters who could not stomach Jacksonian Democracy. The slogan “Tippecanoe and Tyler Too” implied flag waving nationalism plus a dash of southern sectionalism.

Clay, intending to keep party leadership in his own hands, minimized his nationalist views temporarily; Webster proclaimed himself “a Jeffersonian Democrat.” But after the election, both men tried to dominate “Old Tippecanoe.”

KEEP READING AT THE SOURCE BY CLICKING HERE………………….

The First Democrat elected after the Civil War, Grover Cleveland was the only President to leave the White House and return for a second term four years later.

One of nine children of a Presbyterian minister, Cleveland was born in New Jersey in 1837. He was raised in upstate New York. As a lawyer in Buffalo, he became notable for his single-minded concentration upon whatever task faced him.

At 44, he emerged into a political prominence that carried him to the White House in three years. Running as a reformer, he was elected Mayor of Buffalo in 1881, and later, Governor of New York.

Cleveland won the Presidency with the combined support of Democrats and reform Republicans, the “Mugwumps,” who disliked the record of his opponent James G. Blaine of Maine.

A bachelor, Cleveland was ill at ease at first with all the comforts of the White House. “I must go to dinner,” he wrote a friend, “but I wish it was to eat a pickled herring a Swiss cheese and a chop at Louis’ instead of the French stuff I shall find.” In June 1886 Cleveland married 21-year-old Frances Folsom; he was the only President married in the White House.

Cleveland vigorously pursued a policy barring special favors to any economic group. Vetoing a bill to appropriate $10,000 to distribute seed grain among drought-stricken farmers in Texas, he wrote: “Federal aid in such cases encourages the expectation of paternal care on the part of the Government and weakens the sturdiness of our national character. . . . ” 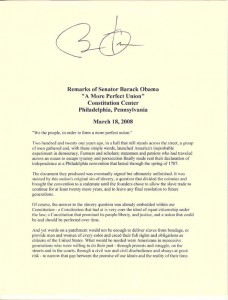 Born in Plymouth, Vermont, on July 4, 1872, Coolidge was the son of a village storekeeper. He was graduated from Amherst College with honors, and entered law and politics in Northampton, Massachusetts. Slowly, methodically, he went up the political ladder from councilman in Northampton to Governor of Massachusetts, as a Republican. En Buy Zithromax route he became thoroughly conservative.

As President, Coolidge demonstrated his determination to preserve the old moral and economic precepts amid the material prosperity which many Americans were enjoying. He refused to use Federal economic power to check the growing boom or to ameliorate the depressed condition of agriculture and certain industries. His first message to Congress in December 1923 called for isolation in foreign policy, and for tax cuts, economy, and limited aid to farmers.  More on the biography of Calvin Coolidge can be found at this following link: Click Here!