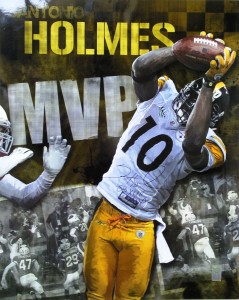 Delran, New Jersey (CNN) — It’s a hot day as Jim Bintliff laces up his “mud shoes” — a beat-up pair of sneakers still tinged with dirt — and heads out for one of his last harvests of the year.

The tides are just right. Armed with a stack of buckets, a shovel and a pushcart, Bintliff walk sthrough the woods on a narrow winding trail he has followed for the past 44 years. Then, the forest opens up to reveal a secret fishing hole that lies on the banks of the Delaware River and in the sometimes-quirky pages of baseball history.

“Nobody knows this is where I get the magic mud,” Bintliff says.

Out of nine brothers and sisters, Bintliff was the one picked to carry on the family business — Lena Blackburne Baseball Rubbing Mud.

The unique muck is the only brand used each year by Major League Baseball, and its minor-league affiliates, to abide by a line in the league’s rule book requiring umpires to inspect balls and make sure they’re “properly rubbed so the gloss is removed.”

On August 16, 1920, Ray Chapman, a shortstop for the Cleveland Indians, was crowding the plate in the top of the fifth inning when he was struck in the head by an underhand curve ball from New York Yankees pitcher Carl Mays. 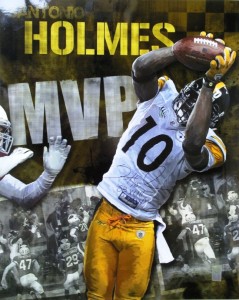 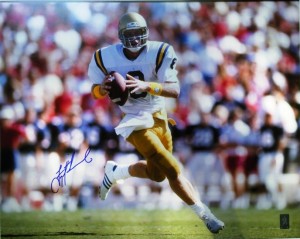 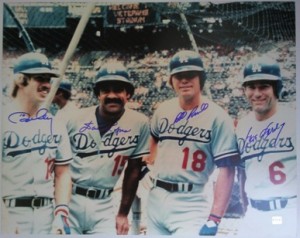 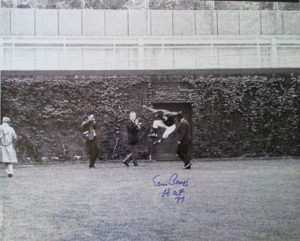 Donald John Bosseler (born January 24, 1936 in Wethersfield, New York) is a former American football fullback who played in the National Football League for the Washington Redskins from 1957 to 1964. He played college football at the University of Miami and was drafted in the first round (ninth overall) of the 1957 NFL Draft. He was inducted into the College Football Hall of Fame in 1990.

DO YOU HAVE AUTOGRAPH COLLECTIONS TO SELL, WE ARE CONSIDERING COLLECTIONS OF ALL SIZES, CALL TRISH HESSEY AUTOGRAPHS TODAY AT 909-484-8322 OR EMAIL TRISH@TRISHAUTOGRAPHS.COM

John Donald (“Don” or “Donnie”) Budge (June 13, 1915 – January 26, 2000) was an American tennis champion who was a World No. 1 player for five years, first as an amateur and then as a professional. He is most famous as the first man to win in a single year the four tournaments that comprise the Grand Slam of tennis. Budge was considered to have the best backhand in the history of tennis, at least until the emergence of Ken Rosewall in the 1950s and 1960s.

VINTAGE SIGNED CARD OF STEVE MCQUEEN AVAILABLE NOW FROM WWW.TRISHAUTOGRAPHS.COM, CLICK ON THE PICTURE TO FOLLOW THE LINK DIRECTLY TO THE SITE AND THE SIGNATURE.  CALL NOW 909-484-8322 OR EMAIL TRISH@TRISHAUTOGRAPHS.COM

An outstanding rare 1976 uncirculated $2 bill in perfect crisp condition, boldly signed in gold pen by The Greatest “Muhammad Ali”. Accompanied by GAI Certificate of Authenticity, stored and sealed in a protective clear cover. Three-time World Heavyweight Champion. To date, he remains the only man to have won the linear heavyweight championship three times (the linear title is recognized by tracing an – almost – unbroken lineage of titleholders going back over 100 years, with nearly every champion defeating the previous titleholder in the ring). Ali was known for his fighting style, which he described as “Float like a butterfly, sting like a bee”. Throughout his career Ali made a name for himself with great hand speed, as well as swift feet and taunting tactics.