Assuming the Presidency at the depth of the Great Depression, Franklin D. Roosevelt helped the American people regain faith in themselves. He brought hope as he promised prompt, vigorous action, and asserted in his Inaugural Address, “the only thing we have to fear is fear itself.”

Following the example of his fifth cousin, President Theodore Roosevelt, whom he greatly admired, Franklin D. Roosevelt entered public service through politics, but as a Democrat. He won election to the New York Senate in 1910. President Wilson appointed him Assistant Secretary of the Navy, and he was the Democratic nominee for Vice President in 1920.

In the summer of 1921, when he was 39, disaster hit-he was stricken with poliomyelitis. Demonstrating indomitable courage, he fought to regain the use of his legs, particularly through swimming. At the 1924 Democratic Convention he dramatically appeared on crutches to nominate Alfred E. Smith as “the Happy Warrior.” In 1928 Roosevelt became Governor of New York.

He was elected President in November 1932, to the first of four terms. By March there were 13,000,000 unemployed, and almost every bank was closed. In his first “hundred days,” he proposed, and Congress enacted, a sweeping program to bring recovery to business and agriculture, relief to the unemployed and to those in danger of losing farms and homes, and reform, especially through the establishment of the Tennessee Valley Authority.

Delran, New Jersey (CNN) — It’s a hot day as Jim Bintliff laces up his “mud shoes” — a beat-up pair of sneakers still tinged with dirt — and heads out for one of his last harvests of the year.

The tides are just right. Armed with a stack of buckets, a shovel and a pushcart, Bintliff walk sthrough the woods on a narrow winding trail he has followed for the past 44 years. Then, the forest opens up to reveal a secret fishing hole that lies on the banks of the Delaware River and in the sometimes-quirky pages of baseball history.

“Nobody knows this is where I get the magic mud,” Bintliff says.

Out of nine brothers and sisters, Bintliff was the one picked to carry on the family business — Lena Blackburne Baseball Rubbing Mud.

The unique muck is the only brand used each year by Major League Baseball, and its minor-league affiliates, to abide by a line in the league’s rule book requiring umpires to inspect balls and make sure they’re “properly rubbed so the gloss is removed.”

On August 16, 1920, Ray Chapman, a shortstop for the Cleveland Indians, was crowding the plate in the top of the fifth inning when he was struck in the head by an underhand curve ball from New York Yankees pitcher Carl Mays.

MICHAEL BOUGHT THIS BOOK AT HOLLYWOOD BOOK CITY, THE BANK PRINT ON THE BACKGROUND IS SECURITY PACIFIC NATIONAL BANK.  VERY COOL PIECE OF HISTORY FROM THE KING OF POP, SIGNED IN BLACK INK, PERFECT CONDITION AND ACCOMPANIED WITH THE SCANNED CERTIFICATE OF AUTHENTICITY PROVIDED IN THIS LISTING!

THIS IS THE ORIGINAL COA SIGNED IN BLUE INK BY JAMES J. SPENCE, JR. OF JSA AUTHENTICATION AND ALSO SIGNED BY A NOTARY PUBLIC, JAMES SPENCE #B80616

CHECK IT OUT AND BUY IT NOW, LIKE STOCKS AND BONDS, COLLECTING SIGNIFICANT phentermine online MEMORABILIA SUCH AS A MICHAEL JACKSON PIECE IS SOMETHING THAT WILL ONLY GO UP IN VALUE OVER TIME.  ONCE THIS ECONOMY FULLY TURNS AROUND, YOU WILL BE ABLE TO TURN AROUND AND DOUBLE YOUR MONEY OR KEEP IT FOR DECADES AND REALLY WATCH ITS VALUE INCREASE!

DON’T BE FOOLED BY THE FAKES AND REPRINTS, BUY FROM A SOURCE YOU CAN TRUST, BUY FROM TRISH HESSEY AUTOGRAPHS!

BETTIE PAGE SIGNED LITHOGRAPH AND BY THE ARTIST HIJAME SORAYAMA
TITLED EXOTIC QUEEN 18 by 24 in MINT CONDITION WITH LETTER FROM ROBERT BAIN AND COA FROM PSA/DNA.

THE LEGENDARY BETTIE PAGE AS PAINTED BY OLIVIA IN HAND SIGNED, HIGH QUALITY 18 X 24 FINE ART PRINT, “Banned In Boston.” The world’s foremost contemporary pinup artist and Bettie Page, the world’s most popular cheesecake pinup, join together in this fabulous print to bring the most important Bettie Page autographed collectibles possibly ever offered. Signed by both Bettie Page and the artist Olivia. Accompanied with cialis generic Letter of Authenticity from the Robert Bain Gallery.  COMES WITH A COA FROM PSA/DNA 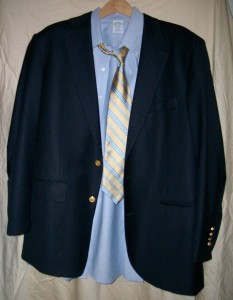 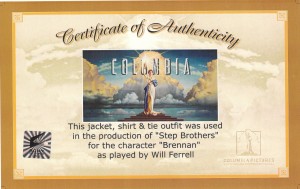 THIS IS THE ACTUAL SHIRT, BLAZER, AND TIE WORN BY WILL FERRELL IN THE HIT COMEDY MOVIE “STEPBROTHERS” CHARACTER IS BRENNAN AND WAS WORN IN THE WEDDING RECEPTION.  ALL OF THE INFO CAN BE SEEN IN THE SCANNED TAG, INCLUDING SCENE # D/N D2 AND CHANGE #2

THIS SALE COMES WITH EVERYTHING SEEN IN THE PICTURES AND SCANS PROVIDED, THE BLAZER, THE SHIRT, THE TIE, THE ACTUAL CERTIFICATE OF AUTHENTICITY FROM COLUMBIA PICTURES / SONY AND THE ACTUAL TICKET THAT IS ATTACHED TO THE HANGER!

WHAT A COOL PIECE OF MOVIE MEMORABILIA TO OWN, FROM ONE OF WILL FERRELLS GREATEST COMEDIES EVER!  HURRY UP AND MAKE AN OFFER BEFORE THIS IS GONE, DON’T WAIT UNTIL IT IS GONE. 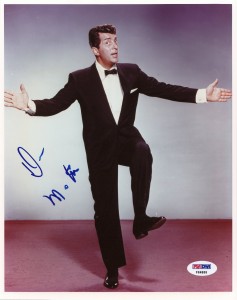 Edwin Eugene “Buzz” Aldrin (born 1930) and fellow American astronauts cialis where to buy Neil Armstrong and Michael Collins received world-wide recognition for their “Apollo 11” lunar spaceflight in July of 1969. Aldrin, who followed Armstrong from the lunar landing module “Eagle”, became the second person to ever walk on the moon.

Please email me directly at trish@trishautographs.com for further information. I Look forward to hearing from you, Trish Hessey!