Born Edythe Marrener on June 30, 1918, to a poverty stricken family in Brooklyn, New York, Hayward’s childhood was difficult.She was hit by a car at the age of seven and stranded at home ina body cast for months. The experience left Hayward with a limp and painful memories of a debility she would never forget.

Hayward’s life took an unexpected turn when she was cast as the lead in a school play at age twelve. The attention she received quickly turned her into a compulsive ham. By 1935, a sexy swagger had replaced Hayward’s childhood limp, and the gorgeous seventeen-year-old possessed an hourglass figure, a brassy Brooklyn accent and a burning desire for fortune and fame. She began working as a model to help support her family, and when she was featured in the Saturday Evening Post in 1937, all of America was introduced to the red-headed siren from Brooklyn. The same year,David O. Selznick offered Hayward an audition for the part of Scarlett O’Hara in Gone With the Wind. Though her lack of experience took her out of serious consideration, Hayward decided to trade in her return ticket and stay in Hollywood. After signing a contract with Warner Brothers, she changed her name to Susan Hayward.

Hayward was driven to succeed as an actress and worked virtually non-stop. Offered the starring role in Smash-Up: The Story of a Woman in 1947, Hayward dazzled both audiences and critics,receiving her first Academy Award nomination as Best Actress.Hayward received four more nominations over the next twelve years,eventually winning for her work in the wildly successful I Want to Live in 1958. Sadly, the actress’s happiness was eclipsed by the death of her husband Eaton Chalkey. And in 1972, just as she was emerging from her despair, she was diagnosed with cancer.

Refusing to surrender to the illness without a fight, Susan Hayward even managed to present the Academy for Best Actress in1974. On March 14, 1975, at age fifty-six, the irrepressible Brooklyn Bombshell died, leaving behind legions of fans all over the world. READ FROM THE SOURCE

Mini Biography
William Frawley was born in Burlington, Iowa. As a boy he sang at St. Paul’s Catholic Church and played at the Burlington Opera House. His first job was as a stenographer for the Union Pacific Railroad. He did vaudeville with his brother Paul, then joined pianist Franz Rath in an act they took to San Francisco in 1910. Four years later he formed a light comedy act with his new wife Edna Louise Broedt, “Frawley and Louise”, touring the Orpheum and Keith circuits until they divorced in 1927. He next moved to Broadway and then, in 1932, to Hollywood with Paramount. By 1951, when he contacted Lucille Ball about a part in her TV show “I Love Lucy” (1951), he had performed in over 100 films. His Fred Mertz role lasted until the show ended in 1960, after which he did a five-year stint on “My Three Sons” (1960). Poor health forced his retirement. He collapsed of a heart attack on March 3, 1966, aged 79, walking along Hollywood Boulevard after seeing a movie. He is buried in San Fernando Mission Cemetery. 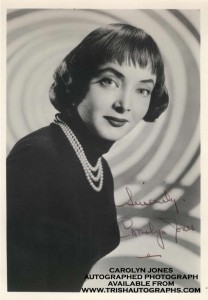 Mini Biography
Lucille LeSueur’s parents separated before she was born. By age 16 she had known three fathers, one of whom (a vaudeville theater manager) had given her the name Billie Cassin. By 1915 she and her mother lived in Kansas City and Billie worked in a laundry and also as a menial to pay school tuition. Winning an amateur dance contest in 1923 led to chorus work in Chicago, Detroit and New York. On New Year’s Day of 1925 she left for Hollywood. Before her second picture, a “Photoplay” contest led to the name “Joan Crawford”. Continue Reading………….

This photo is available exclusively from www.trishautographs.com
Mini Biography
Audrey Hepburn was born on May 4, 1929 in Brussels, Belgium. She really was blue-blood from the beginning with her father, a wealthy English banker, and her mother, a Dutch baroness. After her parents divorced, Audrey went to London with her mother where she went to a private girls school. Later, when her mother moved back to the Netherlands, she attended private schools as well. While vacationing with her mother in Arnhem, Holland, Hitler’s army took over the town. It was here that she fell on hard times during the Nazi occupation. Audrey suffered from depression and malnutrition. After the liberation, Audrey went to a ballet school in London on a scholarship and later began a modeling career. As a model, she was graceful and, it seemed, she had found her niche in life – until the film producers came calling. After being spotted modeling by a producer, she was signed to a bit part in the European film Nederlands in 7 lessen (1948) in 1948. Later, she had a speaking role in the 1951 film, Young Wives’ Tale (1951) as Eve Lester. The part still wasn’t much, so she headed to America to try her luck there. Audrey gained immediate prominence in the US with her role in Roman Holiday (1953) in 1953. This film turned out to be a smashing success as she won an Oscar as Best Actress. This gained her enormous popularity and more plum roles. One of the reasons for her popularity was the fact that she was so elf-like and had class, unlike the sex-goddesses of the time. Read more at the source 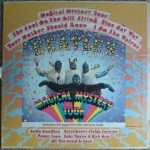 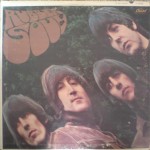 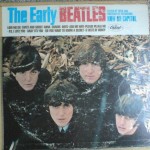 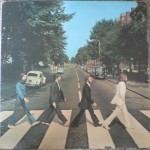