SEX PISTOLS: Sex Pistols and Public Image, Ltd. A primary culprit behind the style and attitude that is associated with the punk movement of the late 1970s, John Lydon — known in his early career as “Johnny Rotten” (a nickname inspired by the dismal condition of his teeth at the time) — is certainly one of the most recognizable performers of the punk era, despite his relatively short-lived involvement in the genre. Perhaps even more significant is his role in establishing the direction of post-punk, “alternative” music in the 1980s, which combined avant-garde and world music into the raw approach developed during the previous decade. He has certainly come to define one of the oddest contradictions created by the post-1950s music industry: the rebellious, anti-establishment outsider turned established, internationally-known celebrity.

When Gerald R. Ford took the oath of office on August 9, 1974, he declared, “I assume the Presidency under extraordinary circumstances…. This is an hour of history that troubles our minds and hurts our hearts.”

It was indeed an unprecedented time. He had been the first Vice President chosen under the terms of the Twenty-fifth Amendment and, in the aftermath of the Watergate scandal, was succeeding the first President ever to resign.

Ford was confronted with almost insuperable tasks. There were the challenges of mastering inflation, reviving a depressed economy, solving chronic energy shortages, and trying to ensure world peace.

Jimmy Carter aspired to make Government “competent and compassionate,” responsive to the American people and their expectations. His achievements were notable, but in an era of rising energy costs, mounting inflation, and continuing tensions, it was impossible for his administration to meet these high expectations.

After seven years’ service as a naval officer, Carter returned to Plains. In 1962 he entered state politics, and eight years later he was elected Governor of Georgia. Among the new young southern governors, he attracted attention by emphasizing ecology, efficiency in government, and the removal of racial barriers.

During the secession crisis, Johnson remained in the Senate even when Tennessee seceded, which made him a hero in the North and a traitor in the eyes of most Southerners. In 1862 President Lincoln appointed him Military Governor of Tennessee, and Johnson used the state as a laboratory Cheap Viagra for reconstruction. In 1864 the Republicans, contending that their National Union Party was for all loyal men, nominated Johnson, a Southerner and a Democrat, for Vice President.

After Lincoln’s death, President Johnson proceeded to reconstruct the former Confederate States while Congress was not in session in 1865. He pardoned all who would take an oath of allegiance, but required leaders and men of wealth to obtain special Presidential pardons.

A carte-de-visite is small albumen print that is mounted on a standard sized 2 1/2″ by 4″ backing card. The process was patented in 1854 by a Parisian photographer and the style gained their height of popularity in the United States during the Civil War. The were called carte-de-visite, which is French for “visiting card,” because their compact size made them perfect for photographic calling cards that could be presented during a social visit. Their standardized size made them convenient for photo album makers and they were easy to trade and collect. These types of photos also served as a way to familiarize Americans with the faces and popular images of politicians and other celebrities. This particular collection of photographs may have been sold as a set or collected individually. They may have been presented to the public as a souvenir of the war or as a memorial. Around 1868, the larger cabinet card photograph became popular and by 1885 had taken over most of the carte-de-visite’s market.

With the Assassination Cheap Viagra Online of Lincoln, the Presidency fell upon an old-fashioned southern Jacksonian Democrat of pronounced states’ rights views. Although an honest and honorable man, Andrew Johnson was one of the most unfortunate of Presidents. Arrayed against him were the Radical Republicans in Congress, brilliantly led and ruthless in their tactics. Johnson was no match for them.

Born in Raleigh, North Carolina, in 1808, Johnson grew up in poverty. He was apprenticed to a tailor as a boy, but ran away. He opened a tailor shop in Greeneville, Tennessee, married Eliza McCardle, and participated in debates at the local academy.

Entering politics, he became an adept stump speaker, championing the common man and vilifying the plantation aristocracy. As a Member of the House of Representatives and the Senate in the 1840’s and ’50’s, he advocated a homestead bill to provide a free farm for the poor man.

CONTINUE READING AT THE SOURCE BY CLICKING HERE
IF INTERESTED IN PURCHASING THIS HISTORICAL CDV, PLEASE CONTACT TRISH@TRISHAUTOGRAPHS.COM OR CALL 909-484-8322, OR VISIT OUR STORE BY CLICKING ON THE CDV!

Coming from a family with a tradition of public service, George Herbert Walker Bush felt the responsibility to make his contribution both in time of war and in peace. Born in Milton, Massachusetts, on June 12, 1924, he became a student leader at Phillips Academy in Andover. On his 18th birthday he enlisted in the armed forces. The youngest pilot in the Navy when he received his wings, he flew 58 combat missions during World War II. On one mission over the Pacific as a torpedo bomber pilot he was shot down by Japanese antiaircraft fire and was rescued from the water by a U. S. submarine. He was awarded the Distinguished Flying Cross for bravery in action.

FROM THE PERSONAL COLLECTION OF PRESIDENT F.D.R. SENT TO HIM FROM HIS WIFE ELEANOR ROOSEVELT Buy Isoniazid Online without prescription TO ADD TO HIS PERSONAL COLLECTION.  THIS FIRST DAY COVER WAS SIGNED BY FIVE DESCENDANTS OF THE HMS BOUNTY.

On April 4, 1789, the Bounty embarked on the second leg of its journey with a cargo of a thousand breadfruit saplings aboard. A little more than three weeks later, near the island of Tonga

, the crew, led by first mate Fletcher Christian, staged a mutiny against Captain William Bligh, under whom they claimed to suffer inhuman treatment.
Bligh and eighteen loyal sailors were set adrift in a 23-foot open boat. According to Captain Bligh’s diary, the mutineers threw breadfruit after him as he was forced off the Bounty, and yelled, “There goes the Bounty bastard, breadfruit Bligh!”
Miraculously, Bligh and his loyalists survived the seven-week, 3,600-mile voyage in the cramped boat, finally reaching the island of Timor.

After the mutiny, Christian and his sailors returned to Tahiti, where sixteen of the twenty-five men decided to remain for good. Christian, along with eight others, their women, and a handful of Tahitian men then scoured the South Pacific for a safe haven, eventually settling on Pitcairn on January 23, 1790.

An isolated volcanic island 1,350 miles southeast of Tahiti, it was named after British midshipman Robert Pitcairn, who first sighted the island on July 2, 1767. Its location had been incorrectly charted by the explorer Carteret, who missed the mark by 200 miles, and was therefore the ideal refuge for the mutineers.

Although a British ship spent three months searching for them, the mutineers eluded detection. Those who had remained on Tahiti were not so lucky. They were swiftly captured and brought to trial in England, where seven were exonerated and three were hanged. 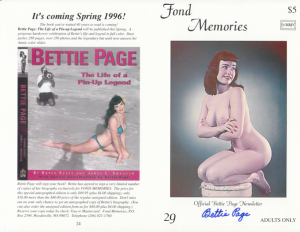 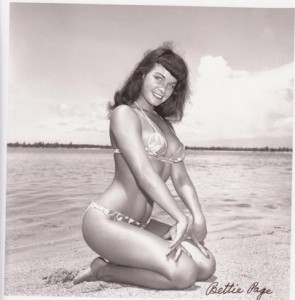